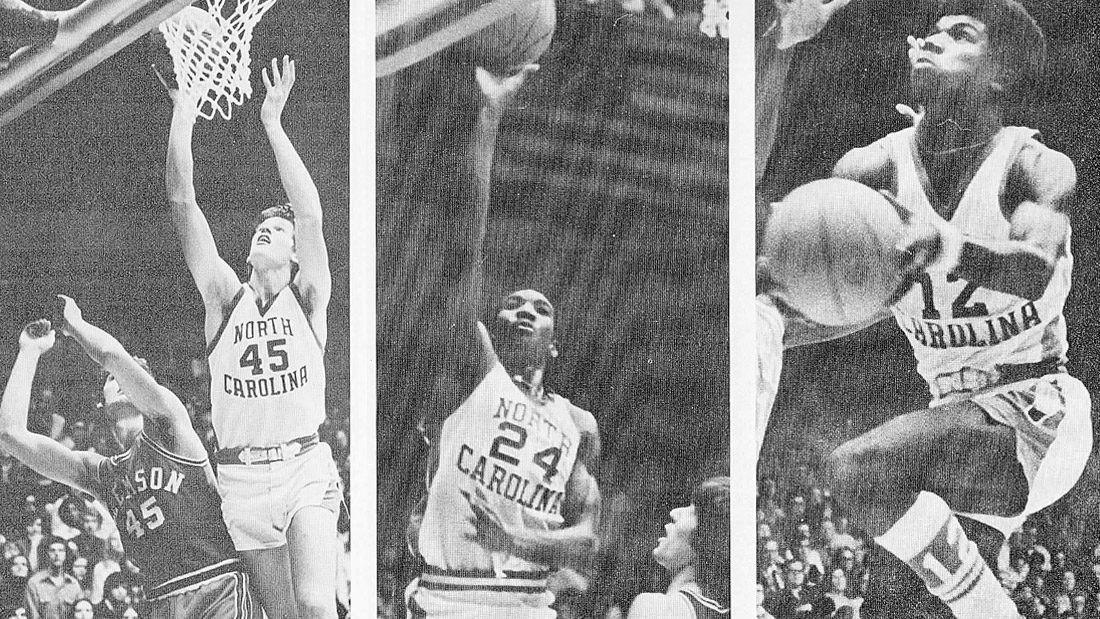 06 Feb How to become an indispensable player

What do these guys have in common? For one, they were all featured in an article about Carolina’s greatest players in the 1979-80 Carolina Basketball publication. Here’s an excerpt:

“… Then came Walter Davis, John Kuester and Tommy LaGarde. They played on Carolina teams which won 98 games and lost only 23. All three were excellent defensive players and good shooters.

Davis, in fact, is regarded as one of the greatest clutch players in Tar Heel history. He was the NBA Rookie of the Year two seasons ago and an all-pro last winter. … LaGarde was an All-America on the team selected by the pro coaches.

And, of course, there was Phil Ford, who just may have been the greatest of them all. He was National Player of the Year as a senior and is the all-time Carolina leader in both scoring and assists. He has been called the best guard ever to play the college game. Phil was the NBA’s Rookie of the Year last season.”

These guys were the best of the best, and they were vital to their teams’ success. But they didn’t just wake up one day as basketball legends.

Several times a month, I am asked by parents what their child should work on to become a better player. My answer has been the same for forever: FUNDAMENTALS! I guarantee you that LaGarde, Davis and Ford spent hours upon hours alone honing their skills.

In order to make the team and get more playing time during games, a player needs to have the ability to handle the ball and shoot free throws and layups with accuracy. But playing in games is not the long-term answer to improvement. Gametime is great for learning to perform under pressure and collaborate with teammates, but unfortunately, most players today rely on it as their only “practice” time.

Working on your skill set in the driveway or on the blacktop is a lost art. To get better, you must do what no one else is doing. As a young camper at Coach Smith’s summer camp, I remember hearing him explain that the great players are always working on their skills. And if you’re not working on your skills, someone else is — and that guy will be the one to make the team and get more playing time. That statement took a hold of me and never let go. This is how you set yourself apart! When one of my players complains about missing free throws, I always ask him how much time he spends shooting them on his own. What you do own your own tells me how much you care.

Incorporate the four areas below into your daily practice routine, and you will undoubtedly become a vital asset to both your coach and teammates.

Coach Smith knew he could consistently count on LaGarde, Davis and Ford to perform at the highest caliber. I still consider Ford the best player I ever played against. Take a lesson from these guys – make yourself indispensable to the game, and the coach will have no choice but to put you in.

I have been involved with basketball for almost 50 years, and the advice I received as a young man is the same I give out today. Work on your fundamentals every day if you want to be player the coach can count on!